4 Questions Your Company May Have About Private LTE Networks 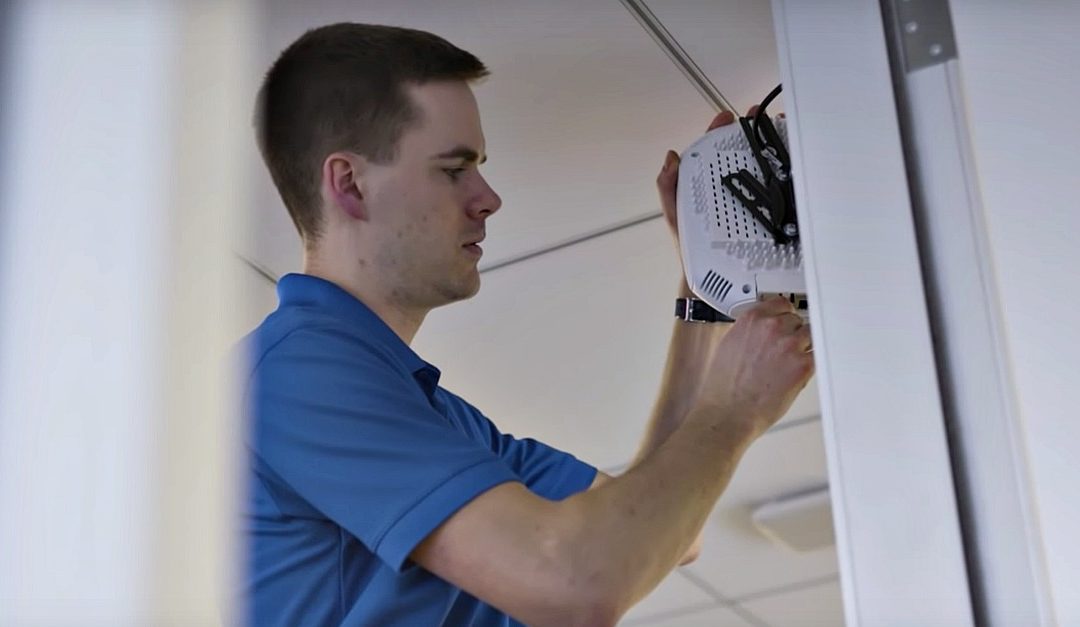 1. What Is A CBRS Private LTE Network?

Citizens Broadband Radio Service (CBRS) is a radio frequency reserved exclusively for the U.S. Department of Defense… until now. The U.S. government is ready to issue private licenses and share CBRS frequencies with commercial users, which will give them the opportunity to create their own closed, private LTE wireless networks. Private LTE networks can offer many advantages over a wifi network. For starters, they have more room for data.

Private LTE networks support a substantial range of network coverage. You can expect about 100 meters with traditional WiFi. CBRS coverage is at least four times larger and comes without the usual fading and frustration.

With a private, closed network, you don’t get the interference from different signals competing for the same shared frequencies. A closed network also means better security. Hackers love to fish for weaknesses in wifi networks but hit major firewalls with private LTEs.

You might think stepping up to a better solution will mean stepping up to a bigger budget, but Aguilar says a private LTE network is likely a money-saver compared to other options, especially when you consider a security breach.

“Instead of paying a major carrier to provide LTE service for your business, you actually own your own LTE network. Your costs could be capital expenditures or operating expenditures. You also have complete control over maintaining your network rather than depending on a major carrier that rolls you into a larger network and has millions of other customers to service too.”

Compared to WiFi, a private LTE network comes with much lower associated costs for things like fiber cables, electricity and additional security. Wifi may seem cheaper upfront, but it’s really hard to scale.

“A private LTE network cuts down the hardware piece of the puzzle,” says Aguilar. “What typically happens in a growing operation using wifi is when more coverage is needed or dead spots develop, people just go to the store and buy another wifi access point to tack on. A year or two later, you wind up with a patchwork of wifi access points that don’t work well together and it’s just an expensive mess. “

You don’t need as many access points for a CBRS network and they’re more powerful, saving you money and improving performance.

2. Which Businesses Should Have A Private LTE Network?

The answer depends on the specific needs of the business but there are some general ways to assess what makes a good match. Think of a private LTE network as offering sort of the goldilocks of wireless networks.

“CBRS fills the gap between wifi on one end and a huge cellular network on the other end,” explains Aguilar. “Wifi does the job at home or at a small business where capacity, security and range of coverage are not big priorities.

A global cell network is what your phone uses and has a lot of range and capacity. A private LTE network is somewhere in between and makes sense for facilities that are too big for wifi.”

Any business with a large campus is a strong candidate for a private LTE network. Healthcare organizations, schools and transportation facilities could all be good fits. Aguilar says here in Kansas City and surrounding areas, organizations such as stadiums, casinos, corporate campuses, distribution centers and multi-story hotels immediately come to mind.

“Warehousing is also a huge, competitive growth market right now in Kansas City and ripe for private LTE networks, along with manufacturing and distribution operations. The demands on networks within these businesses are extraordinary. Everything from hardware and inventory management systems to sensors and alarms is constantly pulling data across the network and a private LTE network can handle it. Wifi just wasn’t built for major industrial loads.”

Ideally, a private LTE network is installed during the construction phase of a new building, but retrofitting an existing facility is still an option too. One factor you’ll really need to consider is the devices you use to engage your network. Devices that talk to Wifi networks don’t automatically transfer to a private LTE network. Aguilar says they often require SIM cards or other compatibility adjustments.

“Devices designed for private LTE networks are still emerging. CBRS itself is still so new commercially, and compatible devices are just now hitting the market so we’ll likely see investments in these devices rapidly increase.”

3. Should My Business Stick With WiFi or Migrate to a Private LTE?

There’s no quick answer. Many factors have to be considered and it’s literally impossible to do all the research yourself. You’ll need the help of an authorized private LTE partner like Commenco for a comprehensive evaluation of your space, your network’s purpose, and the demand on your network.

“We’ll come out and walk your property to assess the specifics of your situation,” says Aguilar. “We’ll use a combination of tools including a spectrum analyzer, existing site plans and specialized software. It’s quite intensive because we have to get everything just right.”

Commenco will shape a heat map based on the placement of access points to determine how to optimize the coverage layout. The equipment your operation uses will also be considered. Aguilar says the development of every private LTE network will likely be a custom job.

“The result could be a complete migration from WiFi to Private LTEs, or a carefully balanced combination of both. The final plan will really depend on the current needs of your business.”

Commenco saw Citizens Broadband Radio Service coming early and we immediately began earning our credentials as an authorized CBRS private LTE network provider. We’ve been proactive from the start and have invested heavily to earn recognition as a leader in this area. Aguilar says all of the preparation has put Commenco in the right position to help customers.

“While others haven’t even really looked at private LTE networks yet, we’re ahead of the curve. We’ve done the training and we’re now properly licensed and fully certified. We’re confident this technology is going to be very useful and many of our customers are going to want it without delay.”

Over 65 years of experience in wireless technologies makes Commenco especially qualified to perfect business networks, whether they’re supported by wifi, private LTE networks, or both. And as a local company, Commenco can also offer fast response times as private LTE networks go online for the first time across Kansas City.

But the most important qualification Commenco brings to the table is expertise in frequency coordination — a requirement for private LTE network development.

“This is no small thing,” says Aguilar. “If the U.S. Department of Defense needs to take priority, we can ensure your private network switches frequencies immediately in real-time. It’s very sophisticated technical work and without it, you’re going to have serious problems with the FCC. Frequency coordination expertise is a big part of the reason we have earned our designation as an authorized CBRS/Private LTE Network provider.”

Aguilar is excited about the possibilities on the horizon. Private LTE networks have wide-ranging potential for streamlining business operations and making teams more powerful. The reduction of infrastructure hardware alone could represent a big leap forward as private LTE networks unleash new realms for wireless communication.

“For example, wireless surveillance cameras and the software that will power them are still being developed. But I can see the day when I can tell a customer, “hey, we can put a camera on that light pole in your parking lot without running any cables or any other hardwiring! That’s exciting.”