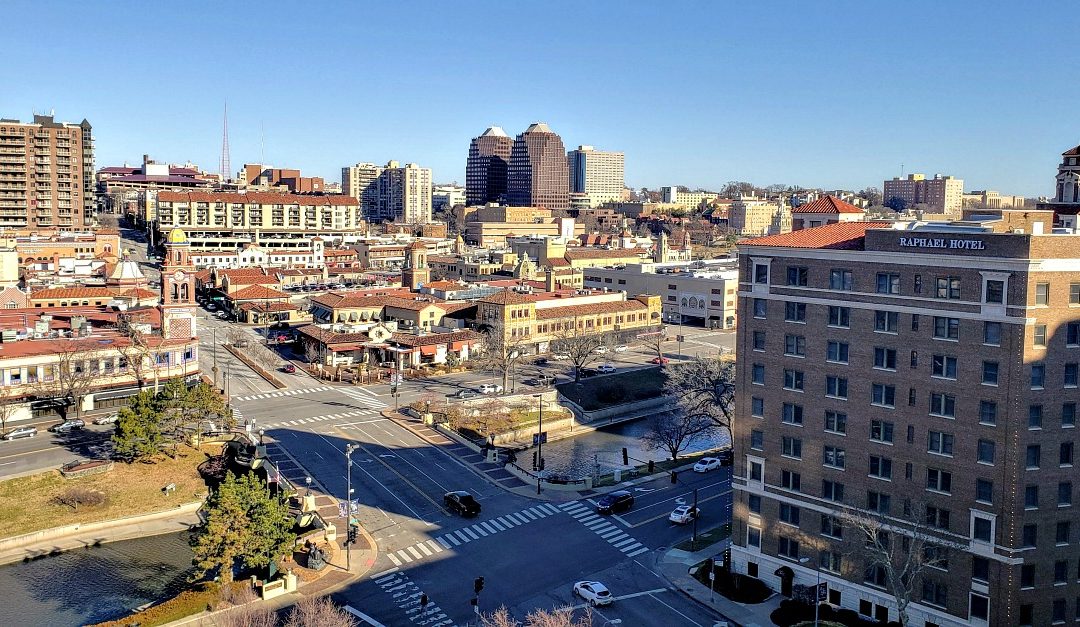 What’s the tool of choice for communicating across a property full of shops, restaurants, bars, and crowds? Two-way radios. Workers at shopping and entertainment districts depend on them. But not choosing the right radios or skipping proper planning can seriously compromise an otherwise smart investment.

Radios are a Good Match.

Whether the property you manage is a quaint neighborhood setting or a sprawling metropolitan hot spot, commercial two-way radios give you a powerful ability to coordinate people and resources in real-time without interruption. When reliable communications are paramount and devices become workhorses, cell phones just can’t keep up. As staff roams your property in vehicles and on foot, it’s hard to beat a tight communication loop that’s only a button push away.

“Two-ways are the best option for shopping and entertainment districts of different sizes,” says Chad Menke, Commenco’s Two-Way Radio Sales Director. “Smaller operations may be able to get by on a few basic devices and simple voice functionality, but larger districts can really take advantage of advanced radio technologies that connect their teams and help those teams work better together.”

Licensed radio frequencies supported by the right infrastructure give workers a direct path to each other that bypasses cellular noise and doesn’t break up when cell towers are overloaded by crowds of users. Managing operations in a congested area is difficult enough without having to compete with consumer signals and devices.

“When workers in districts like these pick up their radios, they know they’ll get a signal,” says Menke. “It quickly gets to the point where they don’t even think about it. That’s the kind of reliability you need, especially in a security or medical emergency when response times are critical.”

For years, analog two-way radio systems got the job done for shopping and entertainment district employees. Menke says some older operations still rely on analog technology, but the appeal of digital improvements is sweeping the industry.

“I’d say maybe 40-percent of businesses using two-ways are still on analog-era systems. Many of those businesses look at things with a ‘don’t fix it if it’s not broken’ mentality. But even smaller operations are struggling with the limitations of analog. You can do so much more with digital.”

“When you have different teams with different purposes, like security, maintenance, management, valet drivers, etc, they can interfere with each other over analog systems,” says Menke. “Digital systems have far more capacity to prevent that kind of confusion. Each team can have their own talk path. That means you can have several conversations going on at the same time without problems. You can also do things like set up emergency channels and all-call channels to be able to connect everyone in a crisis situation.”

Software capabilities also make digital radio systems especially useful for shopping and entertainment districts. Systems can be equipped with mapping, navigation and a variety of other features that bring teams even closer together and make coordination easier. Digital technology boosts batteries too, something Menke says can be very tempting even for the most reluctant analog customers.

“Digital device batteries last a lot longer before they need to be recharged. And overall battery life is extended too, thanks to Motorola’s smart battery technology. So there’s more return on investment when districts purchase these radios. They don’t have to spend as much on replacing batteries.”

All wireless signals can struggle in environments with a wide range of physical obstacles. However, radio transmissions are more reliable, especially with a little help. If your system is designed well, it will perform well despite the usual challenges posed by dense construction materials.

“Shopping and entertainment districts can be a complicated mix of thick walls both indoors and outdoors,” says Menke. “But obstacles like that can be overcome by a system’s design and layout. For example, a radio system that’s anchored in the center of a district will help maximize coverage to the entire property. And there’s hardware support we can install to bridge gaps created by concrete in buildings and ground-level parking garages.”

Menke says system design is as important as the equipment itself. There is no ‘one-size fits all’ when it comes to planning and installing system infrastructure. The only way to ensure your radio system is optimized is through customization that considers everything about your operation from its various purposes to its needs.

“There are so many variables that come into play and so many options available that customization is critical. The systems and devices themselves can be configured in so many different ways that you have to customize them to make sure you’re getting what you need without getting something you don’t need. It’s the kind of customization that can’t be done remotely over the Internet. It requires industry expertise and on-site analysis.”

And then there are the idiosyncrasies of individual properties. No two districts are the same. Whether they’re large and complicated like the Country Club Plaza or the Power and Light District, or more concentrated like Westport, Menke says customization is essential.

“We really take a consultative approach on the front end because we design each system as a perfect match for that property. That’s the only way to do it right. Radio systems are an investment and optimizing that investment with expert planning right from the start is the key to getting the best return.”

If you’re looking for a two-way radio system or ready to upgrade to a digital system, we can help you make the best decisions before you spend a dime.