Why Two-Way Radios Are One Smart Solution for Business 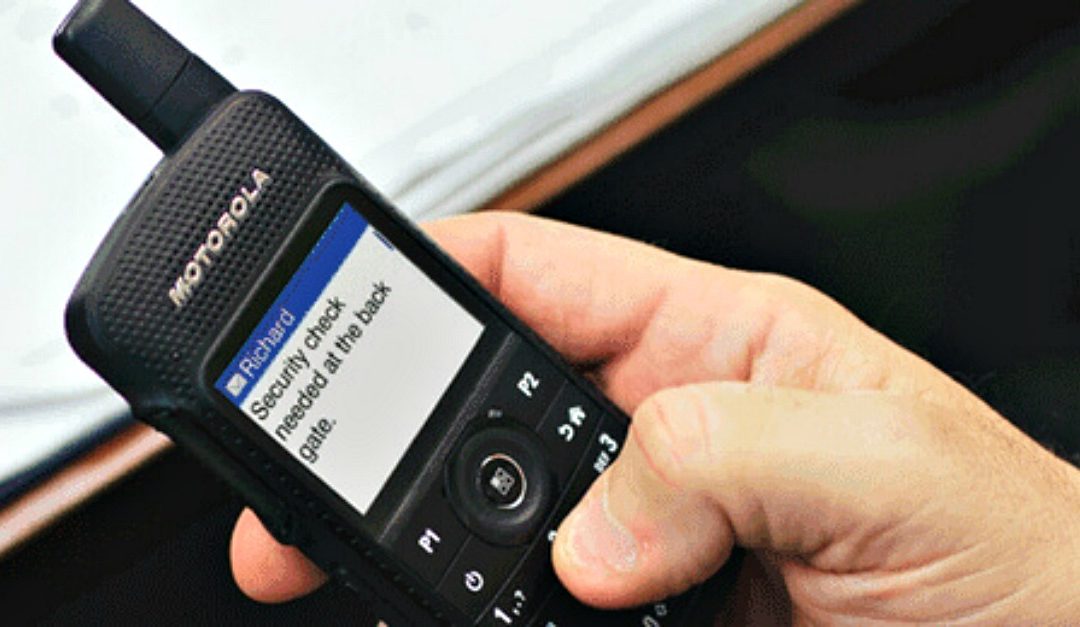 Are smartphones the smartest tools to connect your organization? If you’re assuming cell devices are the best way to go, you might want to take a look at two-way radios before you make that final decision.

“Two-way radios are usually a much better way to go than cell phones,” says Commenco Applications Specialist and Client Services Manager Cheri McKenna. “People assume radios are dinosaurs and cell phones are the future. Then I explain how radios really work and everything changes. I love the reaction… it’s the best part of my job!”

Just how useful are two-way radios? Look around Kansas City and you’ll see them in the hands of staff at Chiefs and Royals games, at concerts, in schools, on construction sites, in warehouses, manufacturing plants, sprawling corporate campuses and even in the KC Streetcar.

“Cell phones don’t replace radios,” says McKenna. “Two-way radios deliver a real-time connection without the worry of signal interruption, which is why they are the go-to device for emergency situations where communication cannot break down.”

Real-Time Reliability for a Wide Range of Work

Think about maintenance workers spread out across miles of territory, warehouse teams coordinating logistics, or fleet vehicles traveling hundreds of miles across multiple states. Radio coverage can connect them at a single location or blanket an entire region without the typical performance problems often experienced by cell phone users.

“As your operation grows and people spread out, radios still keep everyone in close contact so you won’t have to stress out about delays or gaps in service,” says McKenna.

“Radio frequencies are solid and they give you a lot of capabilities. You can talk to your entire team with a simple push of a button and still maintain a private conversation at the same time. It’s easy and it works well, even if you’re separated across miles.”

Productivity also gets a considerable boost when your team stays in close contact. McKenna says two-way radios help people work better together so they get more done.

“Radios are ideal for tight coordination and collaboration. They optimize teamwork and make everything easier. There’s no better way for everyone to stay on the same page as they work throughout the day.”

Communicating over radio networks means not having to compete for cell signals, which is especially helpful in noisy technical environments like airports. It also means maintaining service in rural areas and having better luck in environments with concrete walls and other common cellular barriers.

“Seconds count for these people. They can’t afford interruptions because lives may be on the line. Ultimately it’s about trust, and these people trust two-way radio systems more than anything else on the market. Just ask them.”

If that’s not convincing enough, consider that more and more work environments are being declared off-limits to cell phones. The technology can interfere with sophisticated medical equipment, the processing of volatile materials, and other sensitive operations.

“I’ve seen clients in the chemical industry ban cell devices from their property because the technology can trigger an explosion. Environmental sensitivities like that are becoming more common.”

A Practical, Proven and Rugged Workhorse

If only all equipment was made like commercial two-way radios! They’re built to ‘always be on’ and easy to use even in harsh conditions and challenging circumstances. They’re especially valuable in the hands of workers layered up in extreme cold or wearing bulky protective clothing. Fumbling with switches, keyboards and touchscreens just isn’t practical in those situations.

“When you’ve got a construction crane operator relying on someone else to watch and guide their every move, there’s no time to focus on typing or swiping. The push of a button is all you want,” says McKenna.

Manufacturers put a lot of work into usability and durability. Charging two-way radio batteries can take as little as 90 minutes and they easily last all day, even with heavy use. Unlike your cell phone with its screen protector and protective case, radios are made for the realities of industrial abuse. McKenna says strong hardware isn’t just a priority; it’s the expectation.

“I could tell you stories, like the time a radio was dropped from the top of a power plant smokestack and still worked, or the time a snowplow operator dropped a radio and couldn’t find it until spring. All it needed was a new battery!”

What about audio quality? McKenna says a two-way radio would make your cell phone envious. Manufacturers have integrated powerful amplification technology and cutting-edge filters that block most background noises.

“You really have to experience it for yourself. It’s so impressive. I can’t stress enough how robust and clear two-way radio audio is now.”

Radios are durable, reliable, easy to use and surprisingly more like your cell phone than you might think. McKenna says many radios offer texting, sophisticated GPS and other applications that work well with other devices, including a cell phone.

“Let’s say you’re in charge of a warehouse team or maintenance workers across a large campus. You can use your laptop computer to see their real-time locations on a map, which can then help you make better decisions.”

And unlike cell phones, teams using two-way radios don’t have to fight off the distraction of personal communications, social media and other apps that can hurt productivity.

A Smart Investment Today and Tomorrow

Two-way radios are designed to have a long shelf-life so you don’t have to continually keep an eye out for newer models in the pipeline. Smartphones are constantly changing, making it difficult to keep up with the latest technology.

“Proper care and a new battery every two years or so will keep your radios hard at work for the long haul,” says McKenna. “And free firmware updates can bring substantial improvements to your radios and keep functions optimized as the technology evolves.”

“If you take care of your radios, they’ll be a 10 to 15-year solution,” says McKenna. “They really pay for themselves. Renting for occasional use or leasing are options that lower upfront costs, but if you buy, you’re talking about a one-time purchase that keeps delivering value for up to a decade or more. It makes a lot of sense for many businesses.”

Want to try out a two way radio or get a price quote on a radio system?