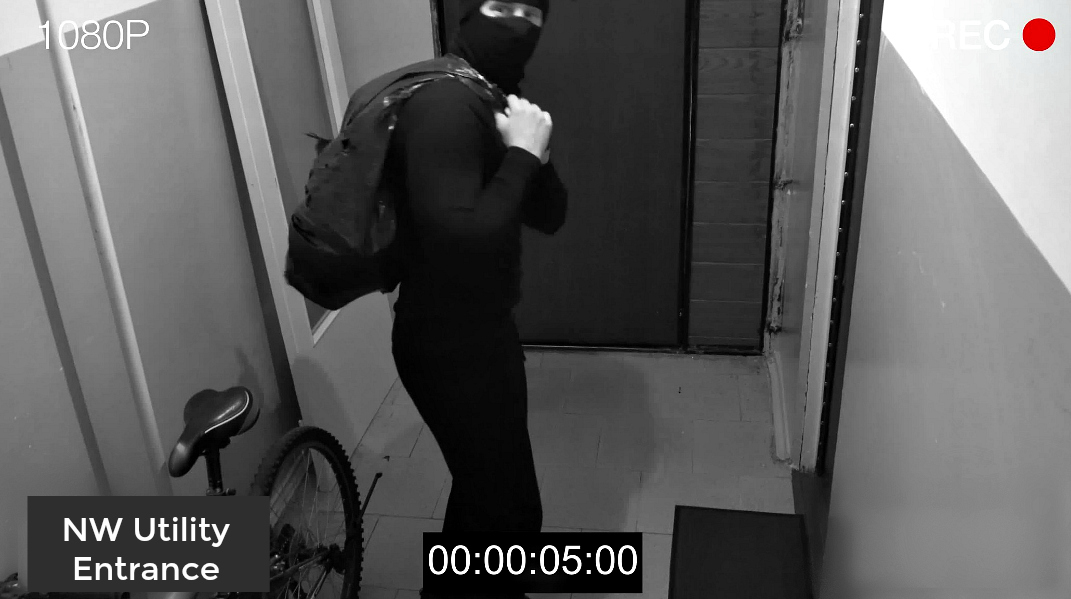 Imagine a typical Monday morning in Kansas City when the usual wave of employees with identity badges pours into a building to work. You can hear a steady stream of beeps as electronic access systems allow passage through various doors.

A man paces back and forth near one entrance. He waits for an employee to access the door when no one is looking and then he slips inside before the door shuts. He rushes down a long hallway and into a crowded office where he pulls a gun from his pocket and begins threatening everyone around him. Panic fills the room.

Active shooter situations have become all too familiar in schools, hospitals, government agencies, businesses, and even churches. Like many organizations, the one described above had spent thousands of dollars on a surveillance system years ago, trained their security person on how to identify threats, weapons, and unusual or strange behavior, and had even built a special surveillance room with a wall of video displays to give staff more visibility into key areas of the building.

So how did the intruder avoid detection? Unfortunately, the security person may have simply been focused on different cameras at the time, or possibly distracted by a phone call.

Those kinds of circumstances are typical and highlight a big challenge security teams face when they’re in charge of watching over many areas at once. A wall of camera streams is a good start but if you’re depending on the human eye to catch every threat, your organization is at risk for a security breach.

As more lawmakers, public safety officials, school administrators, facility managers, and business owners try to cope with the danger of random violent attacks, peace of mind can only come from preparation and control.

Even though surveillance is widely seen as the first line of defense, it can fail unnecessarily if you avoid surveillance system upgrades.

Opportunity for a Level Leap

Decision makers tend to resist upgrading until they understand the potential of ‘smart’ data capabilities built into new surveillance cameras.

Newer cameras do much more than just watch. They use artificial intelligence to understand and process what they see to quickly clarify and streamline where problems have been spotted.

This can dramatically improve incident response times while creating a powerful video narrative of events.

Newer surveillance software can also remember if a person or vehicle has been on your property before and will zoom in day or night to capture valuable information. An example is Avigilon’s License Plate Recognition software, which can automatically read a license plate, even if it’s dark or far away.

Captured license plate images are linked to live and recorded video, which gives security personnel the ability to quickly search and find any license plate for more investigation.

‘Smart’ surveillance technology can detect visual images associated with threats within a specific environment. Threat image recognition can range from the obvious, such as guns and knives, to specific kinds of clothing or accessories like backpacks and hoodies. It can even pick up behaviors like loitering.

Some surveillance cameras are capable of detecting unusual motions in terms of speed, direction and time of day. Speed may be useful in a place where running or driving fast would be unusual.

Avigilon’s Appearance Search™ video analytics gives security teams a sophisticated search engine for video. It sorts through hours of video with ease to quickly locate a specific person or vehicle of interest, across an entire site, or multiple sites connected to the software.

Cameras can also be integrated with Access Control Manager systems so security personnel can quickly search for a person of interest using their ACM cardholder information.

They can then use Appearance Search™ technology to locate that person’s current or previous location in the facility.

A surveillance network’s potential really depends on the professionals who watch it. Security personnel monitoring even a small network are often forced to divide their attention between multiple screens, making it difficult to catch every situation.

The reality is, even with the help of surveillance cameras, the human eye can only see so much, and a monitoring process that hinges on a person’s ability to digest rows of live feeds with the naked eye is unreliable.

Avigilon’s graphical surveillance dashboard helps focus attention where it’s needed by removing the visual clutter flowing from each camera. An icon representing each camera in the network is added to your monitoring screens and changes color when a threat is detected.

An upgrade can also open up opportunities for connecting surveillance cameras with other alarm systems within your facility, widening monitoring access beyond a single location, and strengthening your liability shield.

Finally, just knowing your organization’s surveillance camera network is up to date makes people who live, work or play in your facility feel better about being there. A stronger sense of protection can help with employee recruitment, too. Plus, those who may consider breaching security may think twice once knowing what they’re up against!

As part of our comprehensive facility security plan that includes two-way radio communications, panic alarms and emergency sensors, upgrading to Avigilon’s network surveillance system sends a strong message you’re doing all you can to keep everyone safe.

Commenco is proud to partner with Avigilon, a Motorola Solutions Company to empower your security teams with powerful network surveillance technology and software.